A lithium-Ion Battery, How Does It Work (And How To Take Care of It)?

A lithium-Ion Battery, How Does It Work (And How To Take Care of It)?

Many of our tools, personal items, and even vehicles are powered by lithium-ion batteries. These small, compact energy boxes give us mobility and productivity that was unheard of not so long ago. But how you ensure their durability? How do they even work?

Service life: it is calculated in number of complete cycles of charge AND discharge.

Example 1: assuming a fully charged battery at the start, 5 uses of the tool each producing a 20% discharge, followed by a 20% recharge, all 5 discharges and recharges together represent a complete cycle (5X20%=100%).

Example 2: A battery that you have discharged 50% and then recharged 100% will have undergone a half cycle.

For an optimal duration of the lithium-ion batteries, it is advised:

- Ideally not to discharge under 20% of charge.

- To avoid extreme cold and hot temperatures (the ideal storage temperature is 15°c).

- To never empty them completely before storage - but rather to store them with a charge level between 30 and 50%, they will thus keep their capacity.

- To favour frequent small recharges, instead of less long recharges. These small discharges generate less heat, so your batteries will be better off.


After purchase, the first charge must be complete? On this point, the debate is open. You should know that manufacturers deliver their products with a load varying between 30 and 50%. So, you might as well complete it at 100% and you will be ready for the job.

The future? There is a lot of research in progress. Competition is fierce, because a high-quality battery, providing durability and quick recharging, represents a definite competitive advantage. The use of a lithium-silicon alloy, instead of lithium-graphite, as the anode compound is a very promising solution. The first batteries of this type are expected to appear on the market in 2022. They will offer a 75% recharge in 5 minutes, a 50% greater capacity and will be less expensive to manufacture.

Let's now go back to the distant days of our chemistry courses (no doubt your favorite courses...) and review some definitions:

Ion: an atom with a positive (by loss of electrons) or negative (by gain of electrons) charge. In the case of a battery, we are interested in the positive ions.

Electrolyte: conductive, electrically neutral substance that allows the movement of ions. The electrolyte can be in liquid or gel form.

Electrodes: conductive parts or rods in contact with the electrolyte contained in the battery. The anode (negative electrode) emits electrons and positive ions which are captured by the cathode (positive electrode).  The electrodes are composed of lithium combined with other materials, such as graphite (anode) and nickel (cathode), each of these alloys having different strengths and weaknesses, such as degree of safety, charge retention, service life and others.

Lithium (Li): the lightest of all metals, with multiple uses including the creation of aerospace alloys, psychiatric drugs and electrodes in lithium-ion batteries.

OK, now that we have identified the main elements of a Lithium-ion battery, let's study this diagram which represents a typical cell (a battery can be composed of one or more cells in series). The discharge or power generation mode is shown here:

In recharge mode, the movements of ions and electrons are reversed with an external supply of electricity.

The voltage will determine the power or force that your tool will be able to provide to screw or saw for example.

Whereas the amperage determines the operating time. The higher the amperage, the less often you will need to charge your battery.

In closing, a little thought for our environment, when your faithful batteries will be at the end of their life after having rendered you good services, don't forget to bring them back to your nearest Ecocenter. They will be handled and recycled properly. Its components are toxic for our water supply and our health. More than ever, the construction industry is becoming increasingly aware and adopting green practices. 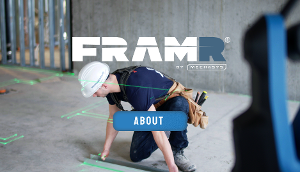 Let Us Know What You Thought about this Post.

A Checklist to Buying a Reliable Tool

Winter is Coming: Is Your Team Ready?

At Mechasys, we understand that laying out construction plans is a laborious process. This is why we’ve developed a laser projector that helps interior system carpenters position their materials so they can optimise their productivity and profitability.

See how it works